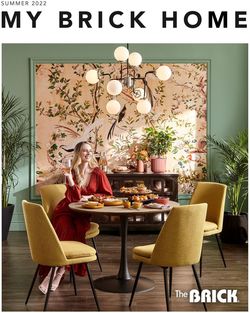 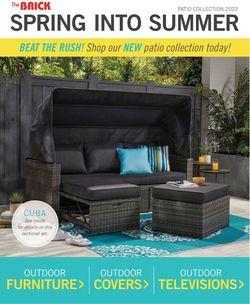 Check the current The Brick Weekly Ad and don’t miss the best deals from this week's Ad!

Browsing the weekly flyers of The Brick has never been easier. Now, you can find all weekly sales and ads in one place! Check it out and save hundreds of dollars!

The Brick - The history

The Brick was established back in 1971 in Edmonton in Alberta. In the beginning, it was called The Brick Warehouse LP. The company was founded by three brothers Bill, John, and Fred. The Brick stores quickly became very popular. The company was focused on becoming a leader of furniture and home appliances market. A much quicker expansion was also allowed as the business was acquiring smaller businesses and the number of shops was quickly growing. In 2004 The Brick gained 81 new stores by seizing another Canadian chain called United Furniture Warehouse.

Currently, there are more than 200 The Brick stores in whole Canada. The Brick has also its smaller equivalents called The Brick Mattress Store and The Brick Outlet. The company's headquarters is based in Edmonton in Alberta and the key person in the business is Dave Freeman the president of the company. The Brick is the biggest Canadian home decoration, furniture and appliances merchandiser.