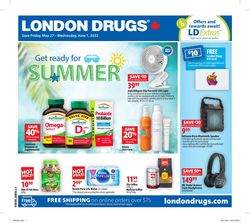 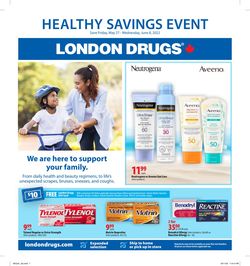 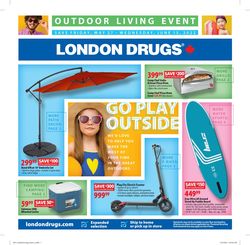 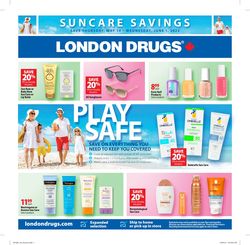 Browsing the weekly flyers of London Drugs has never been easier. Now, you can find all weekly sales and ads in one place! Check it out and save hundreds of dollars!

The London Drugs the Canadian drug stores appeared on the market back in 1945. The company was founded by Sam Bass in Vancouver. 23 years later the business was cold and the company called Daylin Corporation took the ownership. Unfortunately, Daylin had some financial problems and the company was acquired by the H.Y. Louie Group. After the other change of ownership London Drugs started the expansion and in a decade the number of stores was tripled. Not only there were more stores, but also more products were introduced to the offer. In the regular pharmacy customers were also able to buy some well-known beauty products, use photo equipment and buy some kitchen appliances.

Currently, there are more than 80 stores, and the pharmacy is a core of the business. The stores are located in approximately 35 major markets in provinces of Manitoba, Alberta, Saskatchewan and British Columbia. In Western Canada, more people are choosing London Drugs to get their minor appliances than any other places. London Drugs is providing an excellent customer service to more than 45 million consumers each year.