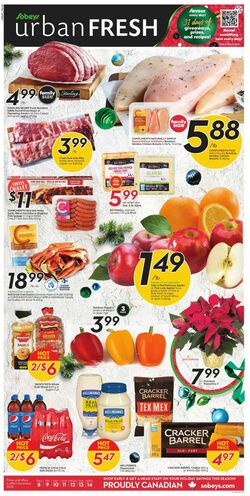 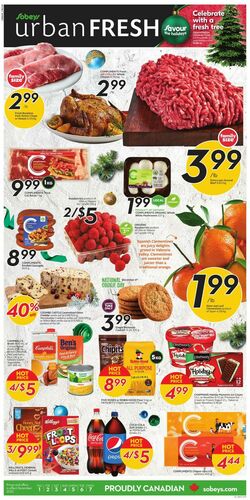 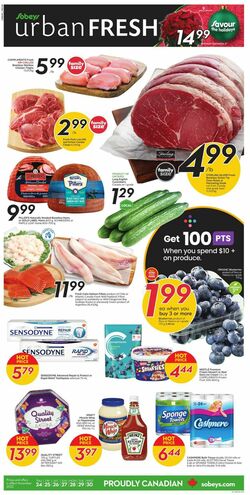 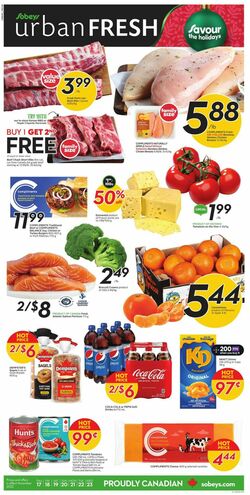 Check the current Sobeys Weekly Ad and don’t miss the best deals from this week's Ad!

Browsing the weekly flyers of Sobeys has never been easier. Now, you can find all weekly sales and ads in one place! Check it out and save hundreds of dollars!

Sobeys is the second biggest food merchandiser in whole Canada. The company was established back in 1907 in Stellarton in Nova Scotia. John W. Sobeys was the founder of the business and thanks to encouragement from his son, the chain of stores became very popular. In the beginning, it supposed to be just a meat delivery company, but with time it became a grocery business. The very first supermarket called Sobeys was opened in 1949. The quick success of the first store allowed for a rapid expansion. The company with time was acquiring more and more shops as well as opening new ones, which helped it to become a leader in the food market. The year 2002 brought some major changes to the company's customer service and store's interior design.

Currently, Sobeys operates in Canada in more than 1,5 thousand locations. To get such a big number of stores Sobeys is working under numerous different banners like Safeway, FreshCo, Foodland, Lawtons, IGA, Needs Convenience, Price Chopper and many more. The company is creating jobs for more than 120 thousand people. It also has four distribution centers based in Calgary, Toronto and Montreal.