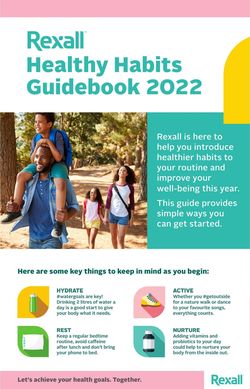 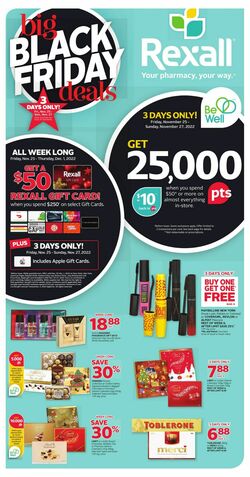 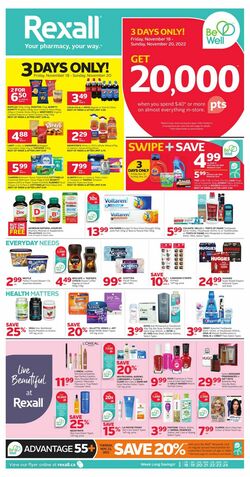 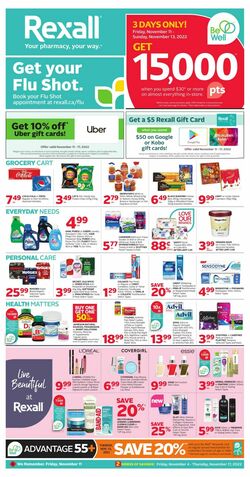 Check the current Rexall Weekly Ad and don’t miss the best deals from this week's Ad!

Browsing the weekly flyers of Rexall has never been easier. Now, you can find all weekly sales and ads in one place! Check it out and save hundreds of dollars!

Rexall is the most popular and trusted Canadian pharmacy label. The very first pharmacy was opened back in 1904, which means it is available on the Canadian market for more than a hundred years. It was the time when United Drug Company was created. Soon after Tamblyn Drugs was established in Toronto, which became Pharma Plus, now known as Rexall Pharma Plus, later on.

Currently, there are almost 450 Rexall and Rexall Pharma Plus stores in all Canadian provinces and the company is creating jobs for more than 8 thousand people. The pharmacy is constantly changing to face the everchanging needs of their patients and customers. In the establishments not only general pharmaceuticals can be found but the customers can also get health advice from professional staff members, they can assure themselves they have correct medication and it is working the best way possible, as well as get a flu shot when needed.