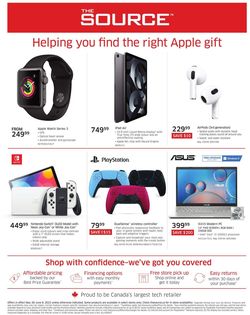 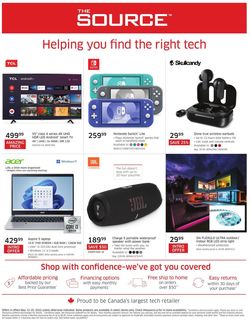 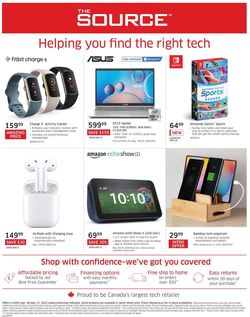 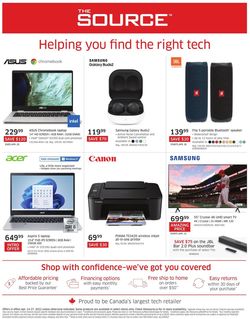 Check the current Source Weekly Ad and don’t miss the best deals from this week's Ad!

Browsing the weekly flyers of Source has never been easier. Now, you can find all weekly sales and ads in one place! Check it out and save hundreds of dollars!

The history of Source goes back to 1986. The company was owned by Radio Shack, the American equivalent of Source. Back then the Source was also called Radio Shack until InterTan became the parent company. The chain of electronic stores was becoming more and more popular, but the owner of the company was getting in some financial troubles.

In 2004 InterTan was sold to Circuit City. A year later, Circut City as a new owner of so-called Radio Shack Canada, changed the name of the stores to Source. The smaller shops of the chain were getting closed down, and only big stores were left on the market. Unfortunately in 2007 Circuit City announced bankruptcy. Although it did not affect the Source two years later company called Bell Canada acquired a popular chain.

The source is still present in many locations in whole Canada. The big assortment offered by the stores and good prices are bringing thousands of people through the door every day.