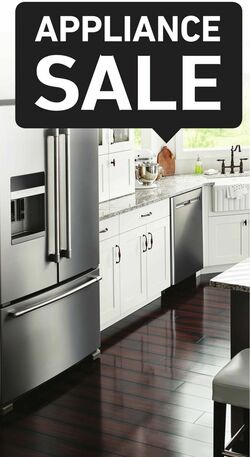 Check the current Leon's Weekly Ad and don’t miss the best deals from this week's Ad!

Browsing the weekly flyers of Leon's has never been easier. Now, you can find all weekly sales and ads in one place! Check it out and save hundreds of dollars!

Leon's is a chain of furniture stores. It is one of the most popular furniture retailers in Canada. The company's history started in 1909 when Ablan Leon from Lebanon decided to settle down in Canada. In the beginning, Ablan Leon was a door-to-door salesperson in Welland in Ontario and was selling clothes. Soon after saving enough money he was able to open up his own store also in Welland. The very first store was focused on textiles, but with time it was transformed into a furniture discount store. It was a family run business from the beginning, and not only family members were the workforce of the shop, but also after Ablan's death, his kids took over the ownership. The expansion started soon after the company was taken over by the children of the owner, and new shops were opening up in different parts of Ontario and then in Toronto. Leon's was acquiring more and more stores which helped the expansion.

Currently, about half of the amount of Leon's are run corporately and the other half are franchisees. It is still a family-owned company and Terry Loen is its CEO and president.

There are more than 10 thousand people working in all of the stores and the company is still proud to sell the highest quality products at the lowest prices.