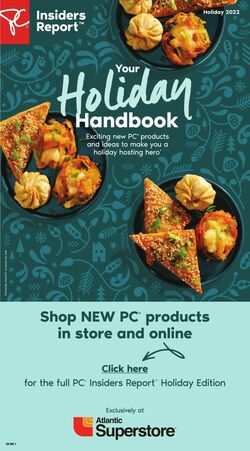 Browsing the weekly flyers of Atlantic Superstore has never been easier. Now, you can find all weekly sales and ads in one place! Check it out and save hundreds of dollars!

The shop became popular very quickly and expansion all over Canada has started. In 1990 Dartmouth, Nova Scotia, became a new location of the company's headquarters, and new warehouses were built, to hold the well-needed stock, for existing and new, quickly opening stores.

Nowadays in Canada, there are more than 50 Atlantic Superstore establishments. 19 of them are located in New Brunswick, most of them, 28, are in Nova Scotia and 4 of them are in Prince Edward Island.