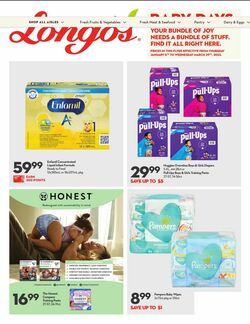 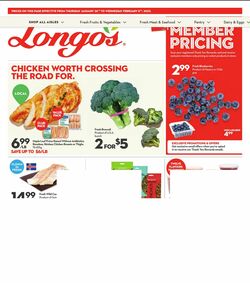 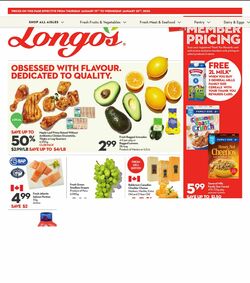 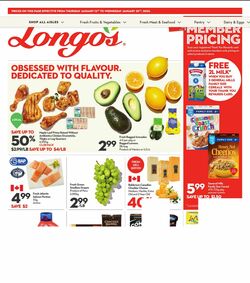 Check the current Longo's Weekly Ad and don’t miss the best deals from this week's Ad!

Browsing the weekly flyers of Longo's has never been easier. Now, you can find all weekly sales and ads in one place! Check it out and save hundreds of dollars!

Longo's is a shortcut from the Longo Brothers Fruit Markets Inc., the chain of grocery stores from Canada. The company was founded by three brothers Tommy, Gus and Joe Longo, who came from Sicily to Canada back in 1951. Five years after the Longo family settled down in Canada, they decided to set up their own retail business. The first shop was located in Toronto and the quality of the products quickly became very popular and the chain of stores started to expand. It took the brothers another eight years to open the second store, but it was also very successful.

Currently, there are more than 30 Longo's shops in Canada located in cities like Markham, Brampton, Aurora, Mississauga, Toronto, Ajax or Woodbridge. The company was voted as one of the best privately run business for almost ten years in a row. It is hiring more than 5 thousand people and it is still expanding.