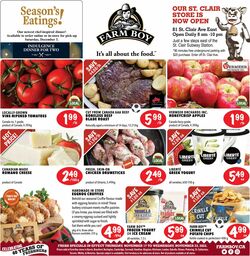 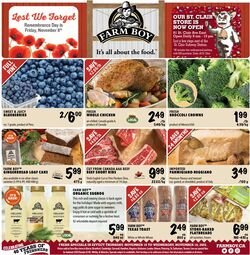 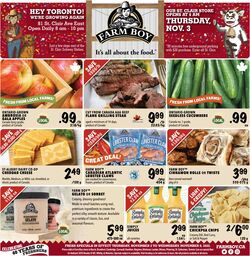 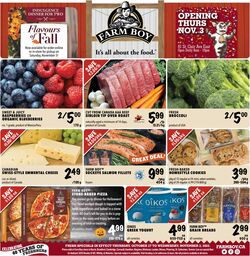 Browsing the weekly flyers of Farm Boy has never been easier. Now, you can find all weekly sales and ads in one place! Check it out and save hundreds of dollars!

The history of Farm Boy started in 1981 when marriage Collet and Jean-Louis Bellemare decided to open first-ever Farm Boy store in Cornwall in Ontario. In the beginning, only greengroceries were available in the store. In 1983 Jean-Louis' brother opened next of Farm Boy's shop. Soon after the family decided to join their power and open third, bigger shop in Cornwall. As there was more space inside the establishment, the owners were able to expand their products offer by adding cheese and meat as well as a bakery. The shop was a great success and brought fantastic sales results, which allowed the company to expand.

After 1992 new shops were opened including stores in Orleans, Nepean, Kanata and Blossom Park area. In 2014 Farm Boy opened the new branch in London in Ontario, which was very successful. Straight away two more shops were open. The company is still expanding and currently, there are 26 shops in Canada.