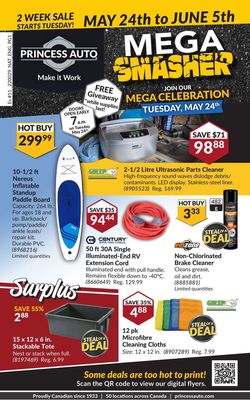 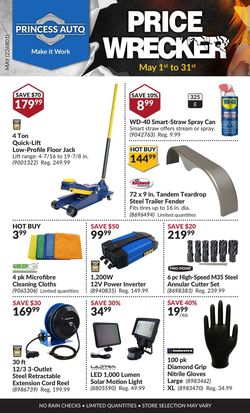 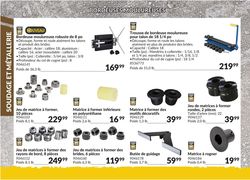 Browsing the weekly flyers of Princess Auto has never been easier. Now, you can find all weekly sales and ads in one place! Check it out and save hundreds of dollars!

Princess Auto back in 1933 in Winnipeg was known as Princess Auto Wrecking, it was before Harvey Tallman decided to buy the company. After selling his own car and spending all of his savings in 1942 as the owner of the PAW he re-named the business to just Princess Auto. In the beginning, the stores were supplying parts to garages and the main purpose was to disassemble used broken cars. After the second WW, the company was producing their own parts and supernumerary used by the army.

Princess Auto was becoming more and more popular. In late 1970 the company was taken over by Tallman's sons who continued the expansion of the brand.

Currently, Princes Auto stores can be found in nine Canadian provinces like British Columbia, Alberta, Montiba or New Brunswick. It is still a family owned and run company with the founder and his sons being key people. There are more than 45 company's establishments which are giving jobs to more than 2200 people. Princess Auto is also known as a company highly involved in charitable events. It has its own foundation which is raising money to help students all over Canada by providing them with scholarships and bursaries.