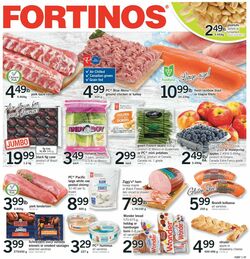 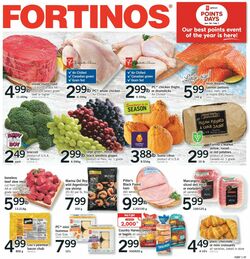 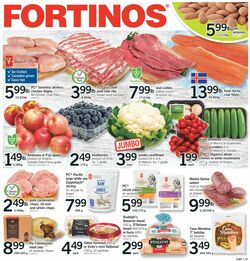 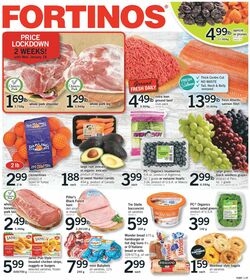 Check the current Fortinos Weekly Ad and don’t miss the best deals from this week's Ad!

Browsing the weekly flyers of Fortinos has never been easier. Now, you can find all weekly sales and ads in one place! Check it out and save hundreds of dollars!

Fortinos is a chain of Canadian supermarkets. The company was established in 1961, when foreigner John Fortino, opened his first shop in Hamilton in Ontario. John Fortino came from Italy and at the beginning was working as a steelworker. The very first Fortinos shop was really successful. After seven years Fortino decided to open a second store. In 1972, with seven new business partners, who have seen a big potential in Fortino's chain, shop number two was opened. As predicted it was even more popular than the first one. The company started the expansion. In the Ontario area, new establishments were appearing rapidly.

From 1988 Fortinos is a part of Loblaw Companies Limited.

Nowadays, there are more than 23 Fortinos stores in Canada. The supermarkets a very popular and they are all still located within Ontario's region. Fortinos can be found in cities like Woodbridge, Vaughan, Stoney Creek, North York, Etobicoke, Waterdown, Hamilton, Ancaster, Burlington, and Brampton. Just in Hamilton, the place where the very first shop was opened, currently, there are five shops in total.