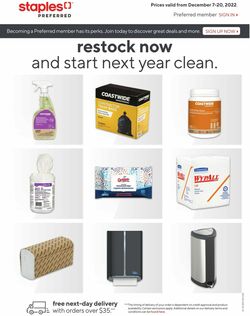 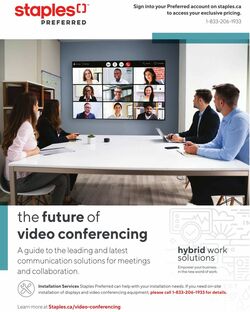 Check the current Staples Weekly Ad and don’t miss the best deals from this week's Ad!

Browsing the weekly flyers of Staples has never been easier. Now, you can find all weekly sales and ads in one place! Check it out and save hundreds of dollars!

The story of first ever Staples goes back to 1985. It all started with Tom Stemberg, who was in need of a ribbon and because of the bank holiday weekend, he could not find an open shop. Stemberg decided that the US need a shop with office supplies, and only a month later the first store was opened.

Staples in Canada is a part of the US office supply company Staples Inc. The company is operating in the Canadian market since 1991. In the beginning, the stores were called The Business Depot, and some of them may still be using the name or similar name Staples Business Depot. The name was officially used until 2008, when it was changed to Staples Canada, Inc. The company is the most popular office equipment merchandiser in whole Canada. It expanded very rapidly and thanks to a massive success, the company was acquiring smaller chains of shops, to become a leader in the market.

Currently, there are more than 300 Staples Canada stores and the company is creating more than 15 thousand jobs. The stores are offering not only best quality office supplies but also services like printing, repairs, tech services and marketing.