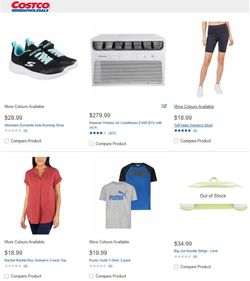 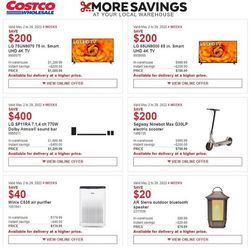 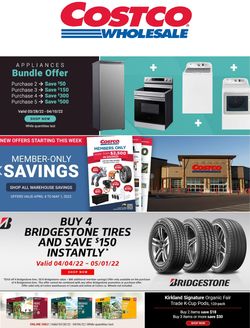 Check the current Costco Weekly Ad and don’t miss the best deals from this week's Ad!

Browsing the weekly flyers of Costco has never been easier. Now, you can find all weekly sales and ads in one place! Check it out and save hundreds of dollars!

The very beginning of Costco was caused by Sol Price who in 1976, in an old airplane hangar in San Diego, opened the first retail warehouse. It was a new business model in the United States. The stores were called Price Club. Six years later, two business partners James Sinegal and Jeffrey H. Brotman, seeing Price's success, got inspired and opened their own store called Costco. The business was really successful, and it was expanding quickly.

In 1993 Costco and Price Club merged. It supposed to be a fusion between Price Club and Walmart, but Costco was similar in size to Price Club, so blending process would be easier. That is how PriceCostco stores were formed. After the merge, there were more than 200 stores, which were generating unbelievable annual sales. The company was run by Price brothers and Sinegal and Brotman, but shortly after Price brothers decided to leave the business and set up own new company. The company was renamed in 1997 and became Costco Wholesale Corporation.

Extream popularity in the US help the brand to expand worldwide and Costco has more than 700 stores all over the world including Mexico, Japan, South Korea, United Kingdom, Spain, Australia and Canada. In Canada, there are almost 100 Costco stores in 9 Canadian provinces.