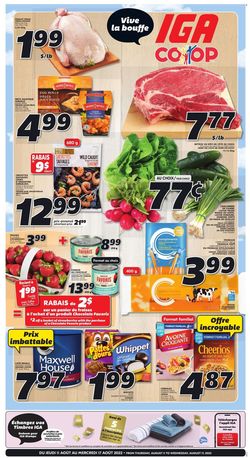 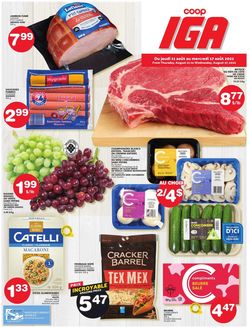 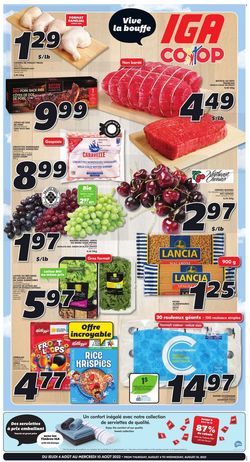 Check the current IGA Weekly Ad and don’t miss the best deals from this week's Ad!

Browsing the weekly flyers of IGA has never been easier. Now, you can find all weekly sales and ads in one place! Check it out and save hundreds of dollars!

IGA is a franchise of independently run supermarkets, which has its beginning in 1926 in the United States. To start the business almost 100 separate shops started working under IGA's banner, which motivated more self-reliant shop owners to join the franchise and after one year on the market, there were more than 150 IGA stores. After the next four years, over 8 thousand shops were renamed and joined the IGA wagon. Many people trusted the popular chain of supermarkets. Not only a big variety of the best quality products attracted many customers but also affordable prices. The expansion was very rapid and currently, IGA is present in more than 30 countries all over the world.

In Canada, one of the biggest wholesalers called Sobeys franchised IGA's and now is their main supplier. Many of the IGA shops in Canada were renamed for other Sobeys' brand shops, but there are still many IGA supermarkets, especially in Alberta, and Manitoba. In Canada, there is also IGA Extra. It is operating as a hypermarket offering more products, pharmacy, bank, bistro and a bigger bakery.