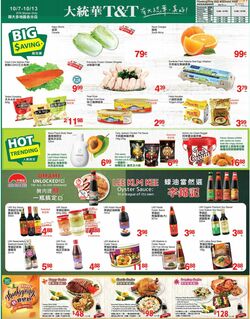 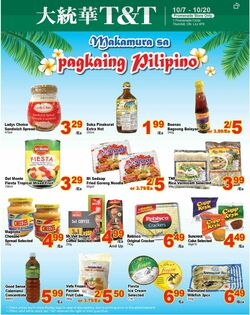 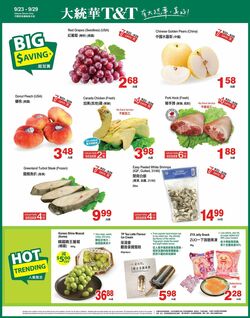 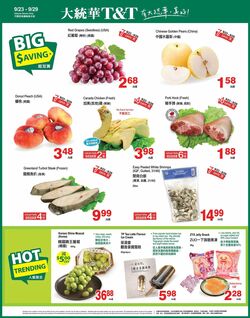 Browsing the weekly flyers of T & T Supermarkets has never been easier. Now, you can find all weekly sales and ads in one place! Check it out and save hundreds of dollars!

In 1992 Cindy Lee arrived in Vancouver in Canada all the way from China. Just a regular girl who came to live a better life. It was very hard for Cindy to get used to the new environment, new culture and new life. She was working at her husband's grocery store as a bookkeeper and that is how the idea of T&T was created. As a new Chinese-Canadian to get her everyday ingredients she was forced to do her shopping in a small shop in Chinatown, but after some time it was not the most convenient way of getting her necessities. She decided to be the one who will arrange a better place for shopping for foreign products for everyone in Vancouver.

In 1993 the very first T&T Supermarket was opened in Burnaby. The name T&T comes from the names of Cindy daughters Tina and Tiffany. The store quickly became very popular and the same year second store of the chain was opened in Richmond. Cindy's vision was to create a shop where everyone would feel at home and it definitely happened. All of the stores are modern, clean and bright. From the start, not only exotic products imported from abroad were available but also local produce.

It only took three years for T&T to become the biggest Asian grocery store in Canada. In 2009 the company was purchased by the biggest food retailer in Canada Loblaws Companies. Currently, there are 23 T&T shops located in the provinces of Ontario, Alberta and British Columbia.