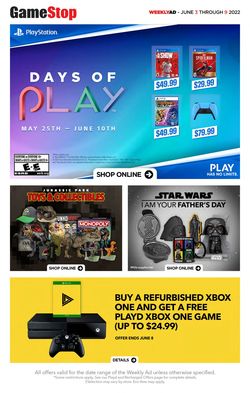 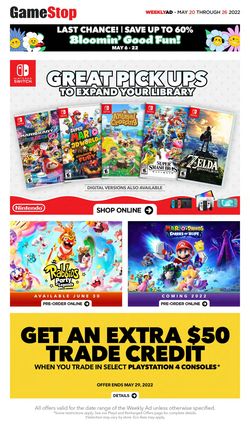 Browsing the weekly flyers of EB Games has never been easier. Now, you can find all weekly sales and ads in one place! Check it out and save hundreds of dollars!

The History of EB Games started in 1970' in Philadelphia when a little shop opened selling mainly digital watches and calculators. With time the offer was majorly expanded, and PC's and computer supplies were added. The company also had stores called Games'n Gadgets, which were very popular. In the middle of 1990, seeing how the Games'n Gadgets stores were performing, EB Games decided to concentrate their sales mainly on video-games, PC games, and video consoles. It was a great decision, as the games were becoming more and more popular. The company had to open a new distribution center to be able to supply all of their shops.

The expansion began in Canada, wherein 1993 company opened their first 3 branches, and recently there are more than 300 stores in whole Canada. Only 2 years later, EB Games were on UK's games market and in 1997 on Australia's market too. The company quickly became a nationally known specialist in video games retail.