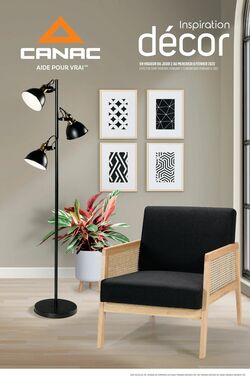 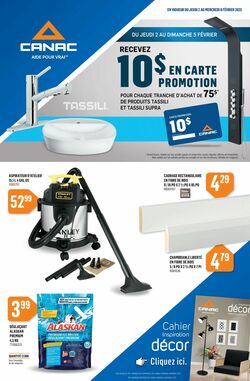 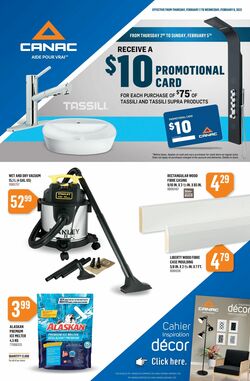 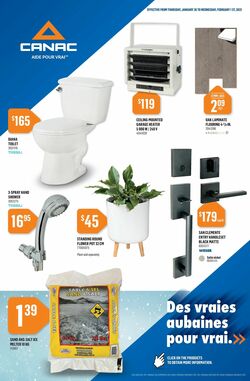 Check the current Canac Weekly Ad and don’t miss the best deals from this week's Ad!

Browsing the weekly flyers of Canac has never been easier. Now, you can find all weekly sales and ads in one place! Check it out and save hundreds of dollars!

Canac is the biggest independent building materials and hardware chain of stores in Canada's Quebec and it's area. The company was established in 1981 as an alliance of two family-run businesses. The journey has started with 5 shops named after the owners, Canac-Marquis Grenier. After a rapid and quite unexpected success, the chain acquired few more small companies and started to expand even more. Every few years more and more companies were joining the fastly growing competitor, to avoid being pushed out of the game. In 1995 the growth of the amount of the shops was huge, and the company had to build their own distribution center to be able to supply all of their stores. From 1998 the company was mostly focusing on opening new stores rather than acquiring already existing ones. Canac started to renovate the old shops, to suit the company's new image, and the image of the new stores. In 2010 the board decided to change the previous long name and call it simply just Canac, which is used until now.