Now, you can find all weekly sales and ads in one place! Don't miss the offer! On this page, you can see all Walmart Weekly Flyers online. 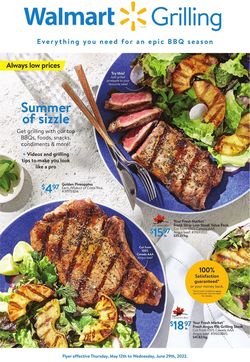 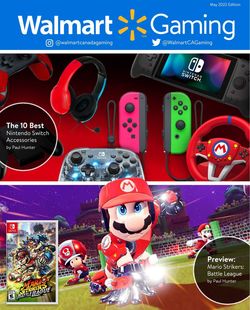 Check the current Walmart Weekly Ad and don’t miss the best deals from this week's Ad!

Browsing the weekly flyers of Walmart has never been easier. Now, you can find all weekly sales and ads in one place! Check it out and save hundreds of dollars!

Walmart is an American chain of super and hypermarkets which have started the Canadian division in 1994. Rather than expanding gradually in the new area, Walmart Canada started with acquiring 122 Woolco stores. Straight away the stores were remodeled and re-named to Walmart. Straight away the stores became as successful as the sister company in the US. With time company was opening new stores, but mostly was buying out smaller competitors. By 2005 there were already more than 250 Walmart shops all over Canada.

In 2006 first Walmart's supercentres were opening in different Canadian locations. Straight away new stores became appreciated by the customers and the expansion carried on. Soon after another chain of markets was acquired by Walmart and the company started opening a new, smaller type of shops called Urban 90.

Currently, there are approximately 410 Walmart stores in Canada only. Company's revenue is reaching over 30 billions Canadian dollars. The business is helping the Canadian economy in a big way. Thanks to the evergrowing number of stores, more than 91 thousand jobs were created.