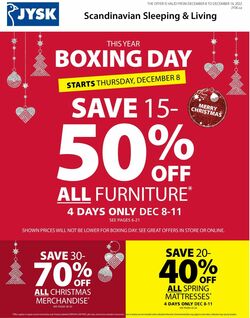 Now, you can find all weekly sales and ads in one place! Don't miss the offer! On this page, you can see all JYSK Weekly Flyers online. 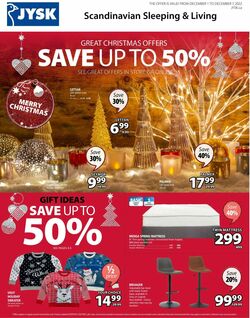 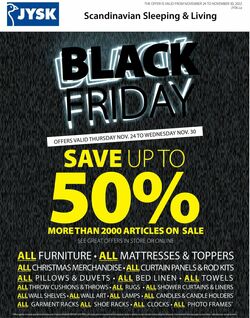 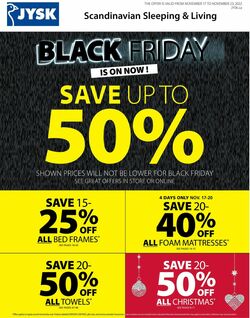 Check the current Jysk Weekly Ad and don’t miss the best deals from this week's Ad!

Browsing the weekly flyers of Jysk has never been easier. Now, you can find all weekly sales and ads in one place! Check it out and save hundreds of dollars!

The chain of Danish furniture stores was founded by Lars Larsen back in 1979. The first shop was opened in the second biggest Danish town called Aarhus. The very first store quickly became really popular. In the first few years, the company expanded very rapidly and over a dozen establishments were opened in Denmark. Its popularity allowed Jysk to expand abroad, and in 1984 first shop in Germany was opened.

Currently, Jysk is operating more than 2,500 stores in 50 countries all over the world, producing jobs for 22 thousand people. In Canada, there are 62 Jysk stores located in Ontario, Alberta, Quebec, British Columbia, and Saskatchewan.