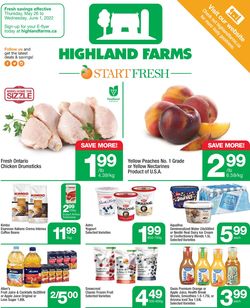 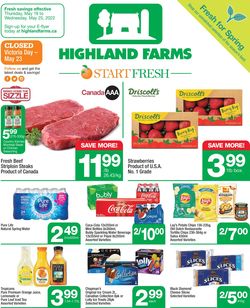 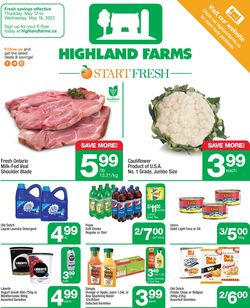 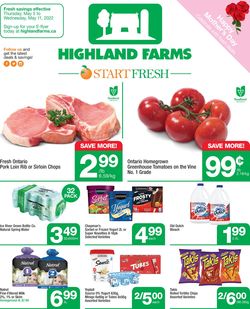 Browsing the weekly flyers of Highland Farms has never been easier. Now, you can find all weekly sales and ads in one place! Check it out and save hundreds of dollars!

Highland Farms history goes back to 1963 when two brothers Charles and John Louis Coppa opened their first shop. The shop was located on Queen Street West in Toronto. It quickly became very popular and at its peak, Coppa brothers were looking after five shops located in Mississauga, Vaughan, Scarborough and North York.

The chain of supermarkets was doing really well and until now is a family run business. Currently, there are only three Highland Farms' stores. Back in 2013 Coppa family decided to split the business in between the two brothers. One of the owners rebranded his half of the company, and his stores are called Coppa's Fresh Market. The original Highland Farms are still expanding and only last year the new store was opened. It shows the brand is still very popular, and thousands of people are choosing Highland Farms as their everyday shopping destination.