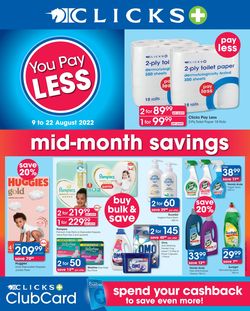 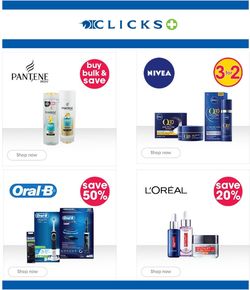 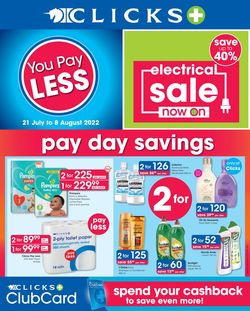 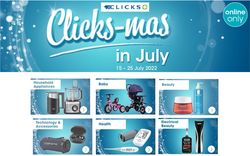 Don’t miss out on Clicks savings! Check out the newest deals by clicking on the adverts on this page to see the specials.

From health care and skin care to small appliances and gifting, you’re sure to find exactly what you need.

The first Clicks store was opened in 1968 by Jack Goldin in Cape Town. Originally envisioned as a pharmacy, it would not be until 35 years later that legislation would allow a pharmacy to open within the stores. The chain soon spread, opening branches across South Africa and becoming a household name. Clicks launched their loyalty card in 1995 and membership has now grown to over 7,5 million people.

In 2016, Clicks made the lives of their customers even easier by launching an online shopping platform that offers over 15 000 products and a Health Hub; a valuable online resource.

In 2018, Clicks did not just celebrate their 50th anniversary but also opened its 500th pharmacy (Clicks Park Station, Johannesburg). The Group’s long-term goal is to have 900 stores in South Africa.